Judges, Firefighters and the impact on the NHS Pension – McCloud and Sargeant

A series of legal cases brought by Firefighters and Judges has big ramifications for doctors with an NHS pension. We asked specialist medical IFA Rachael Hall to give us the details. Prefer to listen to this information then check out our podcast. 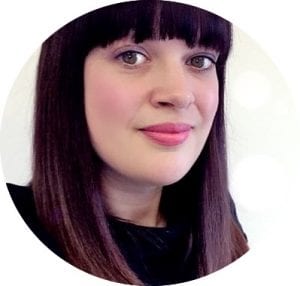 What is the problem?

When the government introduced the 2015 NHS Pensions scheme, they provided some members with “transitional protection”. This either prevented or delayed membership of the 2015 scheme, for those who were between 10 – 13 years and 5 months away from retirement, as they were perceived to have “less time to adjust” to the new changes in the 2015 scheme, as the new scheme’s retirement age was pushed back to State Pension Age.  A group of Firefighters and Judges objected to this, and successfully bought a legal case to say this discriminated against them on grounds of age. As a result, the government needs to remedy this and a Consultation document (now closed) seeks views on providing qualifying members with the following choice exercises:

Criteria – who is eligible for compensation?

Entitlement to this compensation is dependent upon how many years to retirement as at 31/3/2012, as follows:

This refers to the 1995 Officer and Practitioners Scheme and the 2008 section:

Some members may prefer a higher pension, to others, or a larger tax free cash entitlement, so the scheme design is a personal choice and should be considered on a case by case basis.

This relates to the years between 2015 and 2022.  After this date, all members will be placed into the reformed scheme and active members will still benefit from the Final Salary link.

How does this affect me?

There are many issues that need to be considered, which have been raised within the consultation document.  The following are the main points relating to NHS workers:

This is a particularly complex area as reassessing benefit entitlements between the Legacy and Reformed schemes include differing levels of retirement lump sum.  For example, if a member is entitled to a higher pension in the Reformed scheme, how will the remedy work for the tax free cash entitlement?  Will it be the case, that the member is only offered a choice of the commuted pension re-adjusted to account for the previous lump sum taken and any early retirement factors?

In general, readjusting benefits could also result in changes to Lifetime and Annual Allowance charges, which also need to be carefully considered.  Any income tax adjustments are subject to a 4-year statutory time limit, but members could be offered a repayment vehicle if they opt for a higher pension – if this is the case, then it could result in a situation where a member is unable to “afford” the remedy.    It has been suggested that any underpayments could be taken from the lump sum in advance of payment.

Members who have already or are due to retire on the grounds of ill health, may need to reconsider how their application may be affected by a Choice Exercise, as judgements that have already been made could be reversed under the different schemes.  For example, whilst benefits under reformed schemes could be higher, the chances of returning to work in some capacity could be greater, due to the extended retirement age, which could mean the loss of a Tier 2 (enhanced) pension.

Due to the differing retirement ages of schemes, some members might have to defer or suffer an actuarial reduction if they have retired before the schemes minimum retirement age.

Income Tax Adjustments may also have to be made, however, any underpaid tax will not be collected outside of the Statutory 4 year time limit.

Discretionary lump sums paid to an estate generally do not count for Inheritance Tax purposes, however, if there were arrears of continuing pension payable in respect of the deceased member those would form part of the estate.

Any increase to a lump sum paid to a nominee, or to a survivor pension in payment might impact the individuals personal tax position; or their entitlement to any income-related state benefits in payment.  Any taxes triggered solely as a result of the payments directly related to the remedy would not fall to the member of their survivors. The government also proposes that any professional expenses/costs be reimbursed.

Those members who chose to return to the Legacy schemes for the Remedy Period could be entitled to a tax rebate. Where this is the case the government will compensate the member in full.  If a member is subject to an increased Annual Allowance charge, then the normal statutory 4-year time limit will apply.  If the additional tax relates to a year outside of the 4-year limit, the government cannot collect the monies.

The consultation advises that Added Pension can be converted to any scheme fairly easily and the relevant limits will be ignored, if breaches relate solely to the Remedy.

If a member chooses to return service to the Legacy Scheme then a taxable refund of contributions will be made.  However, the Legacy scheme will close in 2021/22 and from this date on all future service will accrue in the reformed schemes, meaning the member may be subject to higher contributions in order to buy out of the actuarial reduction from age 65.

Some members made decisions about their service, based upon the introduction of the 2015 scheme.  The scheme often created higher growth, when combined with the Final Salary linking of the 1995 section and some members chose to opt out in order to reduce their AA charges.  Other members chose to apply for certain Lifetime Allowance protections and opted out of the scheme; others cancelled Added Years contracts; in previous Choice Exercises some members chose to move benefits from the legacy to the 2008 section and/or the 2015 scheme.  The consultation document seeks views on how to compensate these members.  Unpicking this will be complex and professional advice will need to be sought, which will involve additional costs for members.

Want top stay up to date with the latest financial information for doctors?

Sandringham Financial Partners is authorised and regulated by the Financial Conduct Authority (FCA). This article does not constitute advice.

Back
We use cookies to ensure that we give you the best experience on our website. If you continue to use this site we will assume that you are happy with it.OkPrivacy policy