Google Rating
5.0
Based on 43 reviews

Kate
22:11 25 Nov 21
Massive thank you to Tommy and Ed for all that they do to help empower their fellow medics, especially those like myself who just wouldn't have had a clue where to start to sort out their finances. I found the podcasts a great first step to give me ideas for things that I could then later look at more closely - and how amazing that the team have put together so many resources that then make these subsequent steps way easier! I can't recommend Medics Money highly enough :-)

P C
19:20 11 Nov 21
Without a doubt the best advice I have been given. I was really pleased with the service and recommend to all. Tommy was really approachable and took the time to guide me. This was something I should have done years ago. Thanks again. Paul Coulter

pip
07:32 17 Sep 21
Excellent podcasts. Practical advice with each podcast having at least one thing you can change straight away

kauserjan shaik
07:19 19 Jan 21
Aimed at medics, they offer sensible advice relating to issues medics face. Even a complete novice like me understood the financial principles, thanks to their presentations which are easy to understand. Best of all, they have podcasts which I can listen to on my walks.I think every medic should listen to them at-least once.

Nene Nyemi-Tei
14:25 10 Nov 20
Used their advice to claims tax rebated for the past 3 years since I qualified as a doctors. Literally hundreds of pound from HRMC. Would recommend to an UK doctor. Great guides and great easy to follow advice

Ben Woodward
15:53 25 Jun 20
Still in the early stages of dealing with the financial advisor appointed to me by Medics Money, but so far so good. The Medics Money team themselves have been excellent - very swift with replies and always extremely helpful and pleasant. Keep up the good work.

Bea
08:59 13 Jun 20
Really helpful service, great resources for understanding finances at no cost. Responded to a question I sent very quickly and with a thoroughly explained answer.

DR PRADEEP KUMAR
16:13 07 May 20
You guys have stepped up beyond the calling of medicine and healthcare to provide a niche service which can meet the unspoken needs of Doctors and GPs, also GP trainees like me! Wish you the best!!

Sarah Manohar
08:11 03 May 20
Found the information the had really helpful. Loads of information and amazing communication. :)

Chris Howe
00:45 03 Mar 20
A kind and supportive organisation that helps medics navigate their way through the labyrinth of financial decisions that they have to make throughout their careers.

Adrian Stallwood
14:50 22 Jan 20
Fantastic, prompt and efficient service, run by doctors who understand the issues and know what's required. I was put in touch with an expert IFA within 24 hours which cam me the confidence I needed to make an informed decision regarding my annual allowance charge. Highly recommended, have already informed colleagues

E B
08:44 30 Nov 19
Used their great guide to file tax rebate for professional expenses. Really love what theyre doing. Thanks.

Ross S
09:16 12 Nov 19
I used their clear and concise guides to registering an account with HMRC and submitting a form for rebate. Very easy to navigate with the guides and took a lot of the stress out of the process. I would highly recommend for anyone with the need to submit requests for rebate - saved me a significant amount of time

Sudesna Chatterjee
20:39 30 Jul 19
I have found Medics Money to be very helpful in identifying suitable medical accountancy firms who can provide expert information on my complex financial needs. The website is easy to navigate and has lots of useful information which instils confidence. I was contacted very promptly by one of the recommended firms who gave me some important advice on NHS Pensions. I am still waiting to hear from the accountants but I understand that this is a very busy period for them with lots of interest from doctors based on the new pension rules. Tom contacted me early on to ensure I was happy with the service provided which was reassuring and indicates how serious he is in helping medics to better their financial situation. Thanks for setting up your website. I really appreciate it.

Eleanor Stone
09:33 20 Jul 19
Really helpful advice, speedy responses and gave me details of a suitable accountancy service which I have now registered with. Perfect how-to guides which enabled a novice to claim back some tax!

Alex Moncayo
10:16 11 May 18
Excellent customer service, fast communication and clear replies, I would recommend them to all doctors and nurses and allied health professionals who want to get a good rebate without complications

Richard Sutcliffe
07:54 02 Feb 18
Really helpful thanks for your assistance

Eleanor Lee
19:44 12 Dec 17
Professional, helpful and reliable. They went above and beyond to help my case and responded quickly to queries. Highly recommend them to my colleagues.

Jan Klepacki
20:16 06 Oct 17
Excellent and professional team. They saved me many potential headaches!

Paul Sampson
07:37 20 Jul 17
Great company. Saved me lots of money. Much quicker than I was expecting too.
See all reviewsWrite a review 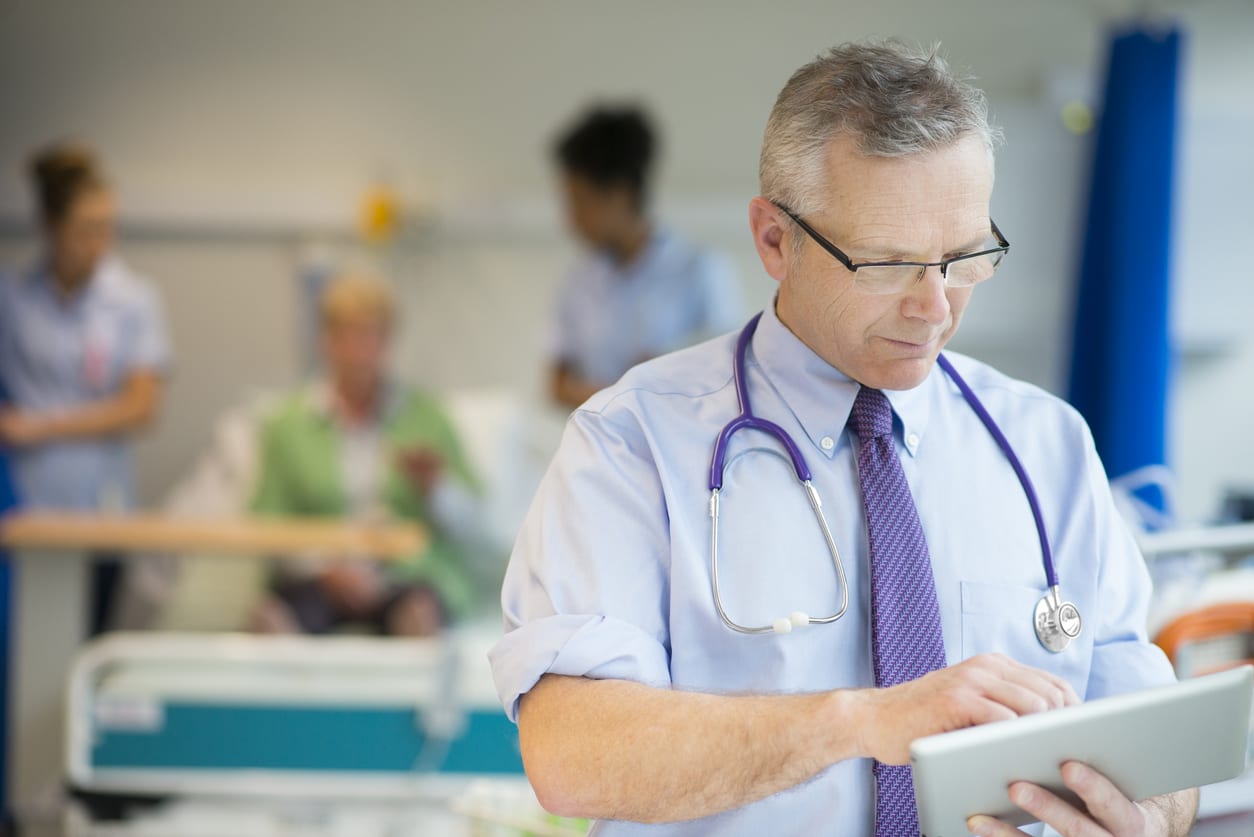 Final Pay Control Charges: What do the proposed changes mean?

A number of changes to the NHS pension scheme regulations are currently working their way through the system, to be effective 1 April 2021.  One concerns the contentious Final Pay Control (FPC) Charges in respect of the 1995 scheme. We asked David Walker from Specialist Medical Accountants Moore and Smalley to tell us what doctors need to know.

This rule, introduced in 2014, imposes a charge on the employer, including a GP practice, where pay increases in the recent years before retirement mean that a significantly larger pension is earned on the final salary pension arrangement.  Where we see most issues are when practice manager partners receive increases in profit through normal commercial activity, but which can result in the practice receiving very high charges.

The Department of Health and Social Care have finally acknowledged that this may produce highly unfair charges and they plan to change the rules.  So far, we have seen draft regulations which have been consulted upon and responses made.  The Government has now replied with their intentions following final suggestions.  Where does that put us?

Nobody denies the genuine intention of the regulations, which is to prevent deliberate manipulation of pay to falsely inflate pension benefits.  But the regulations do not define deliberate manipulation.  They instead set limits on pay increases and give exemptions in certain circumstances.  Anyone falling outside those limits and exemptions are caught despite there being genuine reasons for the increase.

Join 30,000 doctors and receive free, exclusive, financial CPD for doctors in your inbox.

Medics’ Money is run by doctors and finance experts, for doctors. Our free financial CPD gives you all the knowledge you need to take control of your finances.

The 1995 pension scheme pays a pension based upon the best final salary (or pensionable profit for practice manager partners) of the last three years.  Starting with the year preceding that period the FPC charge was previously calculated allowing an increase of CPI plus 4.5% each year to come to an allowable amount.  If the actual pay was higher, a charge arose.  That percentage is now set to change to 7%.  That sounds a generous increase, but the effect on the charge, whilst reducing it, is not as significant as you would imagine.

Salary sacrifice – charges arising from the giving up of salary sacrifice arrangements (which reduce pensionable pay) were exempted from these rules and will remain so under the new regulations.

Promotion due to fair competition – The previous exemption clearly only covers a position where you change employer, but we see many examples where the promotion can occur in-house. That is due to also become exempted, but only if the increase in pay was the result of open and fair competition.  What we expect this to mean is that the higher level job was externally advertised.  This creates problems for a practice as records will need to be kept.  Where were the advertisements placed?  Who attended interview?  How many applied?  Such details will need to be known should an appeal have to be lodged to dismiss a charge on these grounds.

Agenda for Change (AfC) – the existing rules contained an exemption for pay increases resulting from AfC band increases.  These will remain in the main rules but be expanded.  General Practice is not obliged to pay under the AfC system.  Many practices, however, still set wage levels by benchmarking against the AfC standard.  Increases in pay resulting from measurement against a national standard such as AfC will be exempted.

Clinical Excellence Awards (CEA) – where pay increased above the allowable amount by virtue of the receipt of local or national CEAs, FPC charges still applied.  There were rules around which body might pay it, depending upon who approved the award, but they were still there.  New local awards are no longer pensionable since 2018, so the regulations need only now refer to national awards, which remain pensionable.  The new regulations will exempt pay increases resulting from receipt of a nationally approved CEA.

There may well be issues with the above as it may not cover every situation we find in General Practice.  Let us say another partner gives up a prior share of income for dermatology work.  The PM’s effective profit share may increase, but the allocated share has remained at, say, 20%.  If profits increase despite the loss of dermatology work, and no partner has left or reduced commitment, an increase of this nature may be caught.  All that has happened is a result of normal commercial activity and business and personal decisions that occur every day.

The measures are a good step in the right direction, but it doesn’t look as though we are out of the woods completely!

A final point to note is that, where an employer/practice has received a charge since 2018 on the old rules, they can lodge an appeal to have it reassessed under the new rules.  Be warned – the deadlines for doing so are due to be very tight.  If it has happened to you, get your case ready.

If you require any advice regarding the above please get in touch here.

What medical school didn’t teach us about money

“What medical school didn’t teach us about money” will give doctors a step by step plan to transforming your financial future. Enter your details to download your copy now